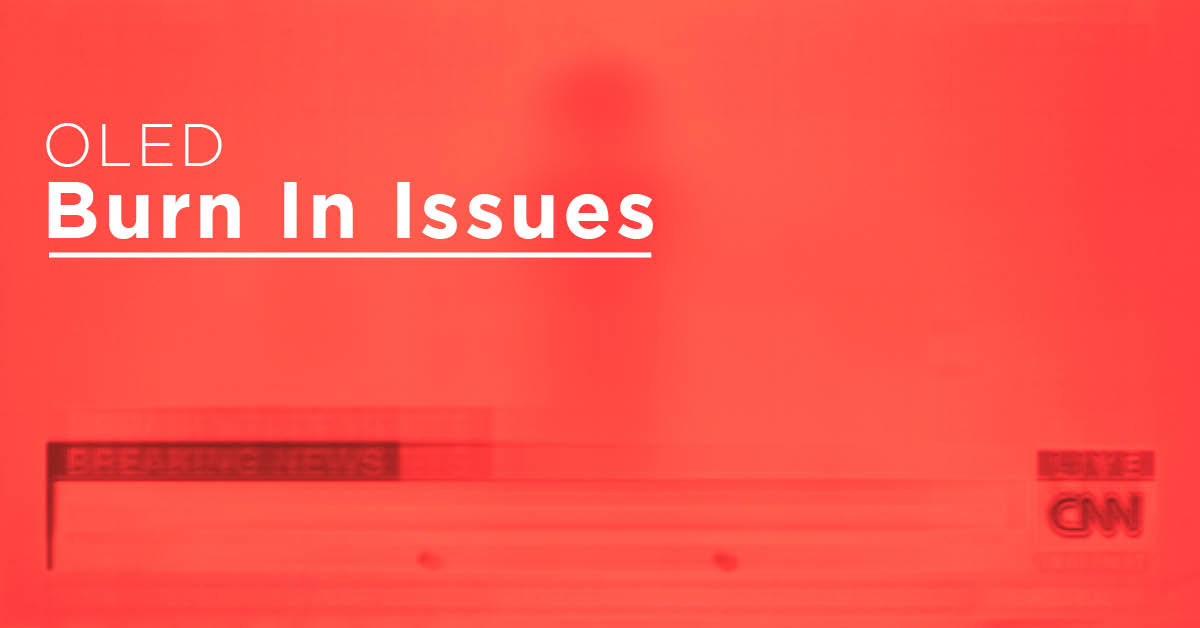 Image retention is the temporary appearance of a ghostly residue of bold static image elements on the screen. This disappears over time when you’re not watching the same content that caused the retention, or when an OLED TV recycles itself when you power it down. Screen burn-in is permanent (or very long term) image retention that never disappears (or that takes an extended period of time to disappear).

Burn-in usually happens when you leave the TV on a channel with a stationary image such as a logo or news feed, or if you pause the screen for an extended period of time. Video games with a constant image, such as a scoreboard or heads-up display, can also cause burn-in if you play for an extended period of time without a break. There is no warranty coverage for image retention by TV companies and display manufacturers. Image retention may result when consumers are out of normal viewing conditions, and most manufacturers do not support warranty for such usage regardless of the type of display. Therefore, Burn-in is not covered as it is caused by consumer usage and is not a product defect.

How to prevent screen burn-in on OLED screens

The best way to avoid burn-in is through preventative measures. Here are a few things you can do to protect your TV from burn-ins:

How to fix screen burn-in on OLED screens You have essentially two options: wait to see if it goes away, or use a pixel refresher or an app to fix burn-in. A burned-in image isn’t necessarily cause for immediate alarm. It may just be image retention and the problem will fix itself after a few hours, just make sure to change the screen occasionally or turn it off for a while.

TV manufacturers LG and Sony have a panel or pixel refresher feature that you can run if you notice burn-in. It may take up to an hour to fully refresh the picture, but your display should be back to normal once it’s finished. Select LG TVs run this feature automatically as needed.